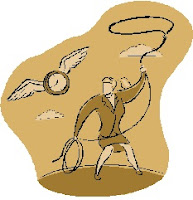 I can’t believe that it’s just because I’m a single mum, because I’ve never really believed that having a husband gives you that much more time to yourself. Presumably if you have one, you need to spend time with them, or I suppose ideally, you want to spend time with them. Then if you’re a stay-at-home mum while they go out to work, then you presumably have to do all their washing and cleaning and cooking too, so that’s an extra person on top of your kids to tend to, that I just don’t have to do. So I can’t really believe it’s that.
Maybe it’s the age of my kids – DS2 certainly takes up much more time now than he used to – there’s much less napping going on and much more demands for attention and to be read to/played with. Even when he does play alone, it’s hard to concentrate with the constant singing to himself of “They’re 2, they’re 4, they’re 6, they’re 8…” – or more precisely “Da da, da da, da six, da ay….” and you only know he’s got to the middle break when you hear ‘Emimy ealy know er su’ (‘Emily really knows her stuff’ for the non-Thomas initiated of you).
Read more »
at 12:08 7 comments:

It's Valentine's Day eve and it occurred to me, as I was watching DS2s custard catapult across the room in a perfect arc from his spoon, that it's almost three years since I've been on a date.
I don't know why this reminded me, I've had some bad dates in my time, but no one has yet thrown food - in fact that would definitely have improved some of the duller ones. In not unrelated news, it's also about 3 weeks since I shaved my legs and about two days since I had a shower - it's half term, I'm allowed. I like to think that I do this because I don't have dates, rather than I don't have dates because I do this - trust me, no one ever looks at my legs, and I promise I'll shower before I leave the house, or when the kids start complaining I smell.

As avid followers will know, I'm all for the upside of parenting alone, so it's not something I really give much thought to. I was discussing my plan for waiting until the kids grew up and meeting someone in my retirement home, with my counsellor. Well, I say counsellor, because technically she is, but practically she's just someone I go and verbally blog at once a month, who prompts, supports and questions occasionally. This month she questioned. She was saying that eighteen years was a long time to go without an adult intimate relationship, and there are things - apart from the obvious - that I would get from that that you can't get from other relationships. She talked about finding parts of yourself in other people - no sniggering at the back there. Cheap innuendo aside, I do know what she means, but I do wonder whether I'm allowed to say, 'Do you know what? I think I've found enough of myself already - and it was incredibly tiring doing that, can I just leave the rest of myself undiscovered?'

So how long did that little dream of a genuine change in the ex's attitude last? Approximately 48 hours before the text indicating he hadn't really listened at all. Shame, I had really got my hopes up, as much as I tried not to. Oh well, another dream bites the dust - and another blog arrives that will be a bit ranty and political. I will get back to the funny stuff eventually I promise... just need to get this out of my system...

It's not that there's not a change in the ex's attitude at all, it's just, the best analogy I can think of is this: before it was like telling someone you're starving and them acting polite but incredulous about it while you slowly fade away, and now, the response is more like: 'Oh that's really bad, how terrible for you, I'll do anything I can to help.... except give you food, or the means to get any'. I'm not actually sure which is worse. 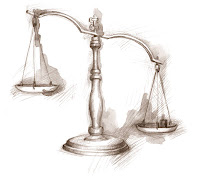 It seems there are just some lines in the sand that he has drawn - like DS1 not being allowed to have his phone at night (in case he phones me, which would apparently be terrible), or that there has to be two night stays every fortnight come hell or high water. So even if these things are killing DS1, even if relaxing on them would make DS1 feel heard by his dad and so improve their relationship, even if world peace would break out if he agreed to be flexible, these are things he's just not going to shift on. It feels like someone somewhere has drilled these and other things into him like mantras, so that he thinks nothing is worse for a child than these things not being adhered to, regardless of the child's needs, feelings, circumstances. Must find that person and shake their hand.... or something substantially more violent.

It's strange for me how, at the moment, the personal and the political are so intermingled. The governments proposed changes to the law after deciding to ignore the recommendations of the Family Justice Review have scared the crap out of me in this context. Basically, the emotional strain all of this puts on DS1 - and me - would just be laughed at in court - so dealing with the ex the way I do is my only option now, and will be even more so with a change in the law.