Of saying goodbye to summer... 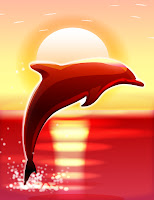 There's a real back-to-school feeling in this house. Not just for DS1, who is whinging about next week already, but for me too. It has been an amazing summer. It has been the summer of Crush 2.0 absolutely, but it's been so much more than that - some sparked by him, some just me...

Of slobbery, discovery and contentment

Nearly two weeks since my last blog and I still haven't really recovered from the holiday - DS1 went four days without brushing his teeth before I noticed we hadn't unpacked his toothbrush - and there is still a bag yet to unpack at my feet. I haven't really bothered getting back into any kind of routine, and my kitchen is not dissimilar to my student kitchen from the early 90s (minus the fellow staircase dwellers who might've take pity on me and done the washing up).

While it was sheer tiredness that started this new slobbery, I'm genuinely quite enjoying it - apart from the tripping over stuff and not being able to find anything, which is starting to get annoying. Without the relentless grind of tidying up and doing stuff and eating at certain times I have relaxed. I have enjoyed my kids more, I have enjoyed my life more, I have exercised more and have eaten better. I think my letting go has generally been a good thing for us as a family - the house less so. Crush 2.0 says what needs doing will get done - that's as good a reason as any to just cross my fingers and hope the cleaning fairies arrive one night isn't it?

So here's a major part of my life I haven't blogged about... 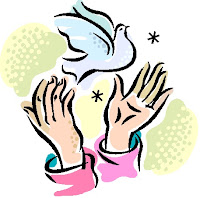 When I was with DS1s dad, we always talked about having 3 or 4 kids. Well, I say we talked, in retrospect I think I talked and he begrudgingly went along with is probably more accurate. Then when I was planning trying for DS2, even then I was thinking that if it went well and I coped ok then I'd like to try for another. I've talked about it openly with loads of people since DS2 was born - the number of times I've said 'I think I could manage one more on my own' in conversation - with anyone really, not even just close friends. I think, being one of five, two children just felt like such a small family. I wanted my family to be like a 'proper' family, and less than three kids didn't feel like that. Particularly being on my own - it just felt there were not enough people in our home. This has been my mind set for pretty much as long as I can remember.

It's not just been a thought either - the night after the open mic where Crush 2.0 and I had our first proper conversation I was sat in a consulting room at the clinic where I had DS2 discussing the start of my treatment. It was surreal. Made more so, by an ice cream van intermittently playing it's tune through the open window.  My consultant is lovely,
"So another one eh?" he said,
"Just one more" I said,
"Addicted!" he laughed.
He went through all the questions they have to ask:
"Any sexual partners?"
"No" I said out loud.
"Not yet" I said in my head.
"And not any since last time we saw you?"
For some reason that threw me, I had to think - I don't know why, I knew the answer - but I still sounded surprised at myself when I said "No".

I'd had some blood tests at my GPs prior to the appointment and had been slightly freaked out by my progesterone being 'borderline'. I know I probably shouldn't have been, I'm not getting any younger, but having never had any trouble at all getting pregnant I sort of assumed I'd be fine despite my age. My GP had assured me it was nothing to worry about and my consultant didn't pay it much attention and arranged another more accurate test for me. When I had this test before trying for DS2 it had showed I had the ovaries of someone four years younger - get in!! I'd be lying if I said I wasn't crossing my fingers for the same result or better again. I find out in a couple of weeks.

Originally, I had planned to start my treatment at the end of October - work might be a bit quieter then and what was the point in waiting, I thought.

Then I was thinking maybe January - no work then at all and it gave me a bit more time - so long as the results of the test were okay then no harm waiting until then. 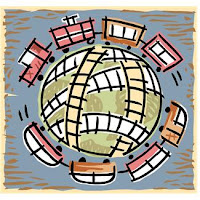