Of the real life consequences of internet behaviour

I wrote a little while back about why I blog anonymously, but the last couple of weeks has made me even more glad I do - and even more terrified about anyone discovering my identity. Today is the high court trial of a man who made a stupid joke on Twitter - Mark Chambers might have been foolish but he's not a terrorist - and yet the time, money and energy of a whole bunch of people is being taken up presumably to try to establish this.

Even more scary to my mind is this story, of a woman whose 5 year old autistic son was forcibly taken in the middle of the night because of her blog, in which she did nothing but express her wishes to do her best for her son. This is terrifying. The blog has been removed for legal reasons, but please pray to whatever you pray to to get that little boy home.

I think many people use the internet to vent, to be and explore their true selves - or the selves they would never dare to be in public. I certainly do and I do feel like it's a necessity for me. I feel like I'm a better mum for it because I've got a place I can turn to at any time and just 'get it out'. Anonymity allows you to speak your mind and mull over your thoughts - without fear of the real world repercussions that are clearly happening more and more often. The downside of that is that while it's true for the people who just want to vent their personal stuff, it's also true for the trolls, who don't take responsibility for their personal stuff and instead vent it on other people. 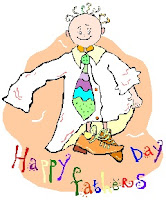 Of one hell of a breastfeeding journey

So, although I'm not an 'official' blogger for it, I wanted to blog my support for the Keep Britain Breastfeeding campaign because I really love breastfeeding. Here's why: 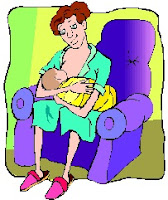 Having said all that, my breastfeeding journey did not start out an easy one, by any stretch of the imagination. What's more, I don't think the experience of having a difficult start to breastfeeding is at all unusual. That's why I think the very rosy, 'it's all so easy and simple' picture of breastfeeding that some of the literature and publicity gives, can be really unhelpful. Don't get me wrong, I understand the "make it sound great and everyone will do it" logic. The problem is that for the vast number of women for whom it's not like that - me included - being faced with those kind of images and ideas can be really disheartening. More often than not, this can make women who are struggling with feeding feel bad about themselves, because they think it must be something they're doing wrong - and lets face it, the last thing a new mum needs is anymore insecurities. From what I read and hear, it seems that many women give up because of this feeling - often long before they really want to or planned to.

I think this is a real shame - I'd like women to be able to have a genuine choice, to be able get the support they need to feed for as long as they want to. I think to have that genuine choice they should be getting some realistic messages about breastfeeding. Here's mine:

Breastfeeding is fabulous, but it can take a few months of getting used to it before it's fabulous.

Oh yes, I said a few months - not days, not weeks, but - in my experience, and many others - it can take three or four months before it gets easy. That may sound like a horrendously long time if you're a mum-to-be, but actually it's not, I promise you, when you're looking at it from the other side. More importantly, if you're fully aware of that in advance, then you're not going to feel like a failure if you're two weeks in and it's not going great for you.

My initial forays into breastfeeding were not pleasant to say the least. DS1 was a Ventouse delivery and there were a lot of drugs involved, so the poor kid must have had one hell of a headache his first day in this world and understandably did not want to feed. With complete insensitivity to this, a selection of idiotic hospital midwives spent that first day grabbing the back of his head and trying to force it onto my breast. Had anyone even attempted to do this with DS2 I would've punched them - seriously - but with DS1 I was a first time mum and I trusted that these people knew what they were doing. They didn't.