A glorious distraction from hell 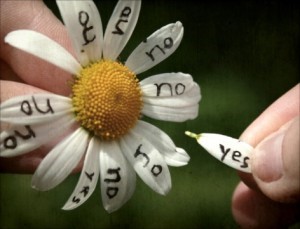 My eldest is making our lives hell at the moment. He is the worst kind of teenager right now. He wakes up in a bad mood, and then spends the day swinging between 'my whole family is mad/insane/awful to me' and 'I'm such a terrible person' i.e. anything to avoid dealing with the actual issues he's facing and does a fine line in targeted passive aggression for anyone that dares to suggest he might think about doing that. Middle kid and I are therefore splitting most of his jobs between us just to avoid being around someone who refuses to do anything but make us feel like shit and won't help if asked, or will only 'help' in a way that makes more work and stress for everyone. Then middle kid gets overwhelmed and I have to deal with that too. Most days I can hold off the meltdowns for myself but this morning was a pretty bad one. I am completely fucking knackered and overwhelmed most of the time right now, so I have decided to continue distracting myself with the aforementioned probably inappropriate crush, just to avoid thinking about it. Lets call him PIC for short, cos you know how I love an acronym.
So, here's your catch up since my last report:
One of the big problems of not being neurotypical is I have fuck all idea when someone is flirting with me. I mean really, you have to be so blindingly obvious and even then I may not spot it. What this means is that despite being three weeks on since I last reported on my latest probably inappropriate crush, and endless messaging backwards and forwards about our lives and pasts, and him saying nice things to me and seeing each other at zoom events (that he's invited me to), I'm still not sure if he's just being friendly and supportive or actually fancies me.
Maybe he doesn't know either? Maybe he's testing the water? But it's been a month now of messaging most days, wouldn't he have an idea?
But then maybe I don't know? I mean he seems like the perfect man - he hates tories, bemoans that we live in a misogynistic society and once apologised for not messaging back because he was doing the washing up (and  I don't know about you but as sex talk goes that kinda does it for me.) - but is he really? Is it just that I have had such appalling experiences with men in the past that my standards are so low that just being a decent human renders any man instantly attractive?
I would love him to ask me out. It occurred to me that no one has ever asked me out properly. Not in all my 48 years on this planet. I mean I've been on dates years ago with match.com - but its not the same if someone wants to meet up then because its a forgone conclusion as to why you're talking - that's why you're on the app. Well, website when I was last on it, that's how long ago it was. Anyway, it just feels like it would be great, if, just once, I met someone, got to know them, and they liked me enough to ask me out on a date. Does that still happen? Or do I just watch to much Movies24??
We do seem to have an awful lot in common, and for once he's actually a similar age to me - I haven't been out with someone my own age in decades! I know I could ask him, but I don't want to make it awkward if he still wants to come to my events. And also I don't want to be rejected to be totally honest. He may have fancied me to begin with but now he knows a lot more about my life he may not be interested and just being friendly. Also, if I resolve that issue then it won't be a distraction I can muse on instead of dealing with my actual problems, it'll be something else I have to deal with, and I don't honestly know if I want that,  no matter how lovely it is.
Well, I guess I'll just keep on pondering and let you know. In the meantime, do you have any top tips for telling signs that someone fancies you I can look out for??
at 23:12