'Twas the night before term time and all through the house, not a creature was stirring, not even the ever-whinging-nearly-6-year-old who has misbehaved and complained his way through most of the holidays... 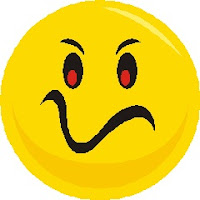 As you can tell, I am definitely ready for DS1 to go back to school. I was so looking forward to Christmas and although bits of it were lovely, almost every nice thing we did was marred by him not doing what he was told and complaining incessantly. He surpassed himself on New Year's Eve when, in the middle of playing a tickling game with his brother on the floor, he decided to kick him in the face - and then screamed the house down when I sent him to bed as punishment. "Why? What did I do? I said sorry!!!" He claimed it was an accident, but I was sat two feet from him and watched him do it - you know when you see something happening and you can't quite believe it and it seems to go in slow motion?  I know its all about attention seeking and its tied up with having to go to and from his Dad's, but its so tiring for me and unsettling (and often painful!) for DS2 - and I do think now he's nearly six, he could help himself a bit more. I mean, I give him every chance to talk about how he feels and try to help him find different ways of expressing it, but no matter what I do, he always seems to end up taking it out on either me or DS2, and doesn't seem happy until he's totally ruined a good chunk of our family time together.

DS2 went to the childminders today, so, in theory, DS1 and I could spend some quality time together and get him ready for school. I managed to just about get through giving him a haircut  - I only had to leave the room three times to calm down in the face of his constant refusal to sit still/sit up/stop whinging - and I only threatened death/social services twice, which given the provocation and the fact I had a sharp pair of scissors in my hand I think that was positively restrained!!


I had made a New Years resolution to not swear at the children, but DS1 had me breaking that within hours. (I was going to make it not to swear in front of the children, but decided to save that for next year - baby steps). Joking aside, I hate myself when I get to that point - if you'd have told me a couple of years ago that I would yell and swear and say the kind of things I've heard myself saying to DS1, I really wouldn't have believed you. He's never been an easy kid, all the to-ing and fro-ing from his Dad's has always unsettled him, but this last year or so its been so much worse. I don't even think it's that I'm less patient, it's just that DS1 keeps going and going. No matter whether I ignore, or distract or sanction or threaten, he just doesn't give up until he's got me to the point of yelling like a banshee at him. I know everyone says they yell at their kids, but I always feel I'm worse than everyone else somehow. It's like I think other people don't really mean what they say when they yell, or their kids know they don't really mean it, so its okay. I think if I was yelled at in the way I yell at DS1 when I was his age I'd have been terrified - but then, I would never have dared to not do what I was told in the first place, so maybe I was a lot more terrified without being yelled at. I suppose I have quite a strange relationship with anger anyway - when I was growing up, feelings were generally not expressed, let alone accepted if anyone dared to express them. Maybe seeing me angry and it being okay again afterwards will give DS1 a healthier attitude to anger than I had - or, knowing my luck, it'll traumatise him for life. Actually I think that's pretty unlikely, it doesn't even seem to traumatise him for an hour let alone life - it it did maybe he would actually start behaving himself.

My other (so far equally unsuccessful) New Year's Resolutions were:

Hmmm, think I might make them New Term Resolutions - far better chance of getting anything done when there are at least a few hours in the week without small people running around. Well, time to pay the school dinners on-line, then a night of far too many night feeds with DS2, before dragging myself zombie-like back into that morning routine of the school run...joy!
at 23:00