Of broken computers and online relationships 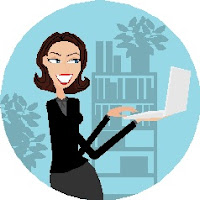 I hate that Norton goes wrong. It happens very rarely - about once a year - but the momentary panic of thinking: 'Oh my God - a virus could get in and delete my life, and not just my online life, it could get all my passwords and take all my money and everything'. In my head, viruses (viri?) are all-powerful, telepathic things capable of bad magic, and so for me, if Norton isn't working for more than ten seconds, the complete destruction of my life is an entirely plausible scenario. This can make me prone to overreaction in such situations.
So at 8am, this fine Sunday morning, as DS2 was smelling quietly while lining up his cars on the sofa, you can only imagine the language he was exposed to as I logged on sleepily to start the online shop.
Fortunately, DS2's ears did not have to suffer for long, as I quickly remembered the reason that I pay for Norton rather than cheaper alternatives. Off I went to the Norton website and, having dutifully exhausted all their One Click Support suggestions, they connected me instantly to some lovely man in India to be my hero and make everything better again. (I'm assuming he's in India: his name is Biswajit and he's good at computers - so sue me). Biswajit has taken complete control of my computer and will fix it - as I write he is only half way through, but I have full faith in Biswajit - I must do, he pretty much only said 'hello' on live chat, and I said the equivalent of 'Yes, please, have full access to my computer, or life - as I sometimes call it'. I used to do this in real life relationships as a teenager - some habits are fun to revisit.


As much as I love Biswajit - because I know he will make my whole life infinitely better in just a short space of time - it is a weird experience watching your cursor fly around the screen controlled by someone thousands of mile away. It always reminds me of those old pianolas - you know, those pianos that play by themselves? They always seem to feature highly in Scooby Doo episodes  - and once in a Wonder Pets one, I seem to remember. I digress. I get a bit confused as to what the cursor ettiquette is - because I can move the cursor too. Biswajit and I have had a couple of awkward moments when we've come back from him restarting the computer - I went to grab the cursor to close a notification bubble (well, Biswajit doesn't need to see everything does he?), and he went for it at the same time. He was very considerate though: he realised, and then waited a couple of seconds after I'd finished before he picked it up again - what a polite man, my mum would love him.

Obviously, I am writing this by hand and will be typing it up later - this would be a bit too much exposure so early in my relationship with Biswajit - and lets be honest, this relationship is not likely to last much longer than the next half an hour, so why spoil it with over-analysing? Some teenage mistakes I have learnt from.
I'm making sure there's no physical over-exposure too, I have double checked my webcam is firmly switched off - I would definitely grab the cursor off him if I saw him reaching for that control, shame on you Biswajit! Having said that, I am sat here in my slobby pyjamas with a little too much cleavage showing after DS2s night feed, so excuse me while I button up a bit, just in case.

Well, Biswajit is finishing up, and he's upgraded my Norton package for free and given me another 30 days to my subscription as an apology for my inconvenience.
'Is there anything else I can help you with?', he says.
I toy for a second with making something up, just to keep him for a little longer, and then realise that that would not be fair to Biswajit. He has been good to me in this relationship and I do not want to taint it with lies.
'No,' I say
We exchange a couple of further pleasantries, and he is gone.
Goodbye Biswajit, I relinquished control of my life to you and you treated me well, saved me, and even gave me gifts - if only all relationships were this good.

So there you have it, it's 9am on a Sunday and I have already given my all to a man on the other side of the world - I really must get out more.
Elsewhere in my online life, Crush has not been engaging with me half as much as Biswajit, not even noticing my FB and twitter approaches. I may have to switch allegiances. I wonder if Biswajit can play the guitar....