Of confidence and minding your language 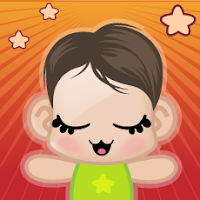 DS2 is amazing. I always think it would be great to be him. He has none of DS1's angst at all, and just seems to be genuinely happy most of the time. Yesterday, at DS1's swimming lesson we were in the waiting room and he saw that the people at the next table had oranges - his current favourite fruit. Without any thought he just walked over there and said "Orange?" I was muttering my apologies and telling DS2 they weren't his oranges etc, when the dad said, 'We've got a spare if he wants it' - and before I knew it DS2 had climbed up on to the chair next to him - waiting to be served! - and then struck up a conversation with him about the other food on the table. God I wish I could do that! I'd just love to be that easy with people. DS1 and I are in knots just opening our mouths to someone that we don't know - I hide it significantly better, but the feeling is the same. Obviously it helps that DS2 is very cute and not yet two years old, but even so, with a far slimmer grasp of the English language than his brother or I, he seems to communicate with much greater ease.

Having said that, his language is just growing exponentially at the moment, in the way toddlers' language does around about this age. I'd forgotten how great it is to listen to and I love his experimenting with phrases. Like at the moment, his favourite thing to do is put "Err... " on the start of everything, in such a grown up way. It sounds as if he's about to say to a waiter "Err... I don't think I ordered the veal". This led to a classic yesterday.  DS1 and I were chatting in the kitchen, and DS2, who had been playing in the living room, popped his head round the door and said "Err... I stinky". We did giggle - although me not so much, as I had to change him.

We've also started using 'Bye, Bye' to distinguish the end of things - 'Bye, bye Thomas' when we want to turn the TV off, 'Bye Bye Horsey' when he's refusing to get off the Shetland pony a friend let him ride (although full tantrum ensued after that one anyway - but, check me out having a friend with a horse!!). Anyway, he has clearly absorbed that at a sub-conscious level as he woke up suddenly this morning - you know that weird one-minute-sleeping-the-next-sat-up-wide-awake thing that little kids do? - and said 'Bye Bye  Dream!'

He also now enjoys winding me up when he knows he's meant to say something. This is an average conversation when DS2 wants to get down after a meal:

This is a shortened version - it can go on for several minutes before he finally gives in. By that stage DS1 is normally falling about laughing, which really doesn't help - never let it be said that DS2 doesn't know how to play to the crowd.

Unfortunately, his every growing language abilities do not seem to have cured his mispronunciation tourettes which regular twitter followers may already be aware of. Here are some of his most regularly used phrases, and how they come out when he says them (with asterisks for those of you of a delicate disposition):

There are probably more but I'm trying to block them out, it's all just too embarrassing when we're out in public.

Lets just say that - given his tendency for talking about Thomas and all things associated with said train to anyone and everyone - I was very pleased when he stopped missing the 'roller' off the end of  'The Fat Controller'.

Would love to hear your developing language stories - here's wishing you toddlers who don't f and blind as much as mine does!
at 10:39